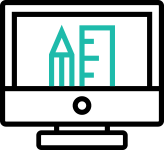 ABOUT US Qode Media is a multifaceted digital marketing agency specializing in SEO, Social Media, Google Google Ads and Web Design since 2011. We are an Accredited Google Partner and fully Google Broad Core Algorithm Update compliant Search Engine (Toronto SEO) and Social Media Marketing service provider based in Toronto, Canada.
OUR GOAL Our team of SEO Toronto professionals strive for improved results in rankings on Google, Yahoo, and Bing. Our goal is to help your business generate the highest number of sales leads possible for every dollar you spend on digital marketing campaigns.
STRATEGIES We use only the highest quality of Toronto SEO techniques to help our clients business grow. Our proven SEO techniques have helped thousands of businesses throughout Canada and the USA succeed.
OUR MISSION To generate the highest number of sales leads for every dollar of digital marketing spending for your business. We focus on quality SEO, graphic design, and social media. Qode Media is a Toronto-based digital marketing agency providing the best search engine and social media optimization services. Our team of SEO Toronto experts work tirelessly to get your website ranked on Google, Bing, and Yahoo. Plans start at $695/month. Call 416-208-0157 for your FREE WEBSITE analysis!

Toronto is an expansive city that has a life blood of its own. As the most populous Canadian city and the capital of Ontario, this metropolitan area boasts a population of 2,700,000+ residents. In the GTA (Greater Toronto Area), the population is close to 6 million people. This makes the GTA the most populous census metropolitan area (CMA) in Canada. This city is well renowned for being an international centre of finance, culture, arts and business and is one of the most recognized cosmopolitan and multicultural cities in the world.

Once merged, they became a collective unit: the City of Toronto. There was a lot of backlash at the time regarding the potential amalgamation, but the city decided to go ahead with the plans for cost-saving reasons. This made Toronto the 4th largest North American municipality with New York first, Los Angeles second and Mexico City third.

The geographical area of Toronto formerly held separate municipalities, each with their own unique identities and histories. These neighbourhoods are still known by their original names. While you'll find skyscrapers across the city, especially closer to the downtown core, there are some neighbourhoods where single-family homes are still the norm. In Old Toronto you'll find bay-and-gable homes with a distinctive Victorian era architectural style, which can also be found in other older neighbourhoods in the GTA.

All in all, Toronto is a great place to be for singles, couples and families. There is never a dull moment here if you're looking for excitement yet, at the same time there are quiet areas Where you can enjoy some green space.

The name "PageRank" was formed using a combination of Google cofounder Larry Page’s last name and a page rank concept and the name is trademarked by Google. It is also patented but the patent belongs to Stanford University, which has provided Google with the exclusive patent rights to it.